From runway to fairway, Grand Rapids offers a myriad of possibilities for the avid golfer and enthusiast alike during their stay. Whether planning a visit for leisure or business, Grand Rapids is a great destination for golfing and exploring the sights. The following are just a few notable selections of places to dine:

Initially established in 1997 in Holland, New Holland Brewing Co. has expanded from its roots to the downtown Grand Rapids West Side neighborhood with its recently completely Knickerbocker Brewpub & Distillery.

The nearly 40,000-square-foot restaurant, brewpub, and distillery not only offers indoor dining, an outdoor bar, and beer garden, but also a retail store, private rental space, and onsite distilling and brewing capabilities.

A recognizable force in the craft brewing industry, Founders Brewing Co. creates award-winning complex beers full of flavor and aromatics. When Mike Stevens and Dave Engbers launched the company in 1997, they pushed the envelope for taste and style after deciding to pursue the “renegades and rebels” who would appreciate a different kind of beer.

Year-round staples, such as the All Day IPA, Dirty Bastard, and Rubaeus; specialty brews, such as the Imperial Stout and Breakfast Stout; and the seasonal, nitro draft, and limited series can be found on tap at this iconic Grand Rapids-based brewery. 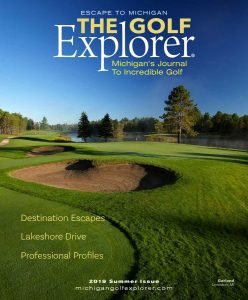