The new South Course at Arcadia Bluffs Golf Club in Arcadia, Michigan has been open for just a few days and the response from those who have played it has been what had been hoped for by the team at the popular golf destination on the shore of Lake Michigan.

“The South Course is a great compliment to the Bluffs Course, and does not replicate in any way what is there. We want the golfers who visit us to stay and play two golf courses, and not play the same look,” Shriver said. 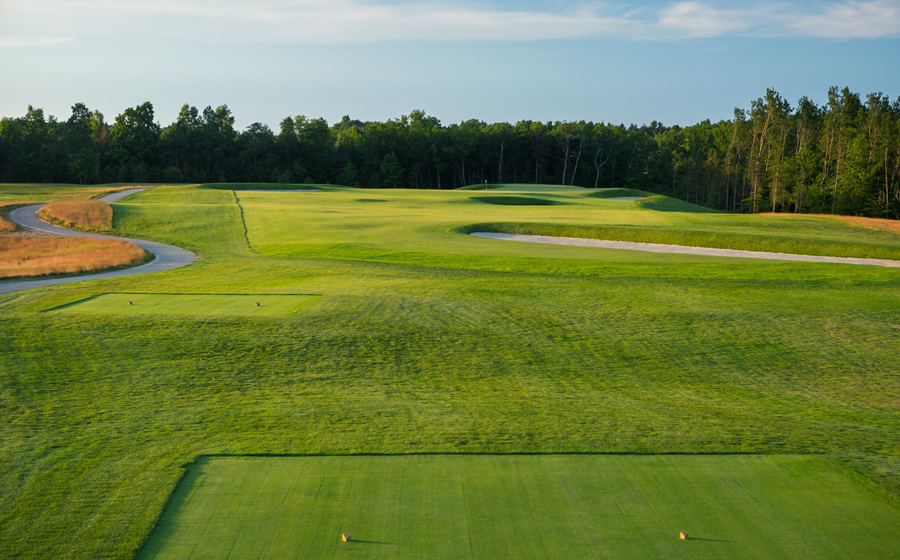 “The second part of that for the South Course was to create something that had not been done in almost a quarter-of-a-century. The South Course has that old-school feel to it. It’s a short walk from green to tee. Pace of play has been very good. The strategy of the course is in angles. There are straight lined fairways, but angled bunkers and some deception built into what the golfer sees. The bunker style is opposite that of the Bluffs Course. On the South Course there are flat-bottom bunkers. You hit into a bunker, you get in, hit it out, you step out, rake and move on,” Shriver added.

Shriver also said Fry was chosen as the architect for the project due to his knowledge and understanding, as well as his love of the game and the great architects of the past. He also agreed that the property had a feel of a course like Chicago Golf Club.

“That was the type of place we were looking for, and immediately, unsolicited, Dana Fry said it would work,” Shriver said. “We can’t say enough about how open he has been to suggestions from Henderson and Postma. He has been involved in a major way. It has really been a total team thing.”

Shriver cautioned that the South Course should not be called easier, just simply less demanding physically.

“We are using the word playable, because while the greens can be difficult, there is not as much movement on them as on the Bluffs Course. It’s a flattish piece of land and the greens are like natural tabletops with much more subtle movements in them,” Shriver said. “We’ve also found the wind is going to be a great factor, and the design fits it perfectly. The harder holes play downwind, and the shorter holes play into the prevailing winds.”

The concept behind the South Course design is simplicity with complexity at the same time, according to Shriver. Its inspiration comes from a desire to deliver a golfing experience unique from any other destination in the United States.

“It looks simple, but when you get up and start playing and hitting shots you have multiple options. When you are done, you will realize you have tried something very different from the Bluffs Course,” Shriver said. “So far, the golfers are very positive about it.” 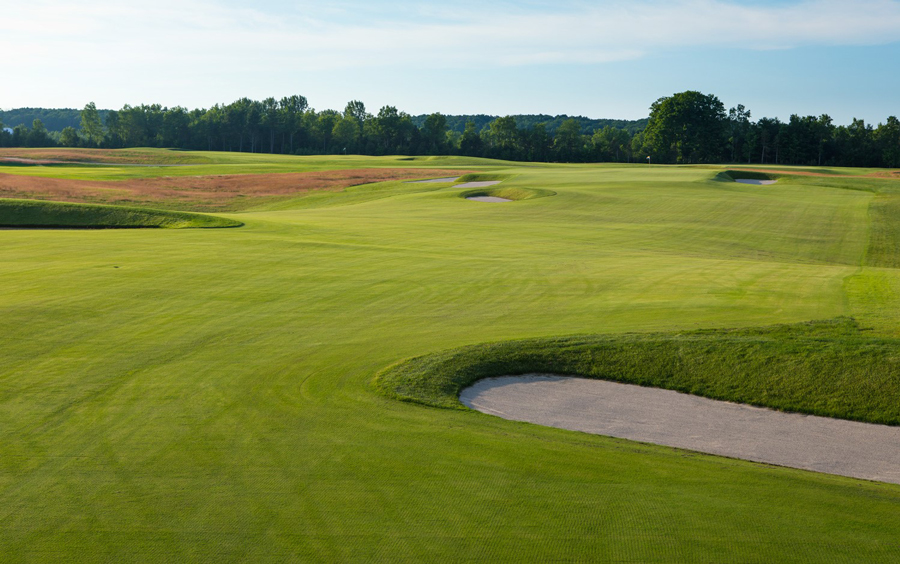 The Fry design pays homage to the classic architecture of Seth Raynor and C.B. Macdonald, with the classic example being Chicago Golf Club. Shriver said they didn’t ask for a replica of any holes, but a modern challenge in that style and with that feel.

Fry noted in a press release that he agreed with the owner’s original design concept that the property was perfectly suited for what Macdonald and Raynor did at Chicago Golf Club.

“It became a real passion to recreate the feel of the Chicago Golf Club,” Fry said.

“The course is in great shape and promises to reward players with an incomparable round of golf, on many levels,” Shriver said.